Today we make the absolute classic among the Spanish desserts, the Crema Catalana. The Crema Catalana comes as the name says from Catalonia on the Mediterranean coast of Spain.

It was formerly mainly prepared on the holiday of San José. Nowadays it is available all year round and it is known and loved throughout Spain and beyond its borders.

The Crema Catalana is a light cream of yolk and milk. It is offered here in Spain in almost every restaurant on the menu as a dessert.

Then we put the remaining milk, with the lemon peel (to peel a lemon is best with a potato peeler, the same you use to peel a potato) and the cinnamon in a pot and bring them to a boil (careful that the milk does not burn). When the milk begins to boil, remove from the heat and let stand for about 5 minutes. Then we take the lemon peel and the cinnamon out of the milk, put the pot back on the fire with a small flame and add the egg mass (previously stir again for a short while).

Whisk the milk while stirring until it has a creamy consistency. Then take from the fire. Now we fill the cream in small bowls and let it cool (not in the fridge).

When the cream has cooled, sprinkle sugar over it and carminate with a small gas burner (available at the homeware store). Finished !

Put in the fridge for 1-2 hours and then serve and enjoy. 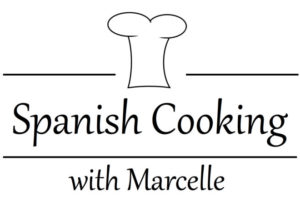